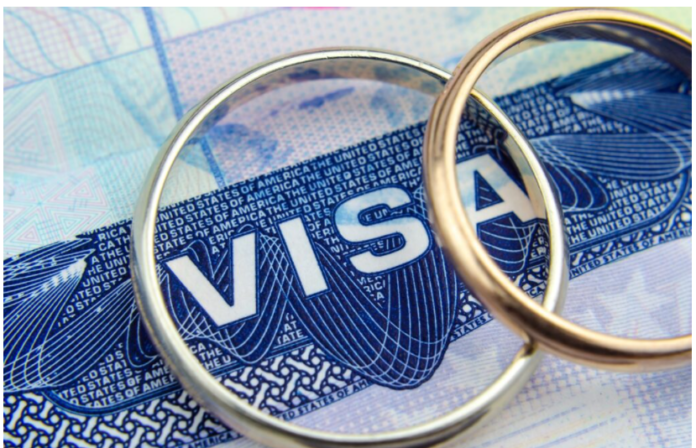 Marriage is a civil contract that binds you in many ways, as in all countries. Of course, you intend to get married for life, but sometimes it is more than prudent to consider the commitment you are going to make.

If unfortunately things turn out badly and the divorce one day arrives, it may be able to prevent a lot of tears, frustration and anger. Marriage in the United States is, as in France for that matter, a contract that binds you emotionally, legally and materially.

It seems that marriage is more important in the United States for immigration matters.

Even if the spouse is much more protected in the event of the death of the other to the detriment of children who are not protected as in France. There is no equivalent of the PACS and only marriage is recognized, for example in immigration matters.

You get married in abroad

At least 2 months before your wedding (to prepare your file), you go to the wedding American Consulate to take the necessary file to complete to obtain an immigration visa which will lead to the green card.

You will need to collect various pieces of identification, a criminal record and your spouse will fill out immigration application forms for you. The process is the same if you are already married and you must need to keep a copy of bona fide marriage affidavit sample.

You will need photos and a medical visit to a doctor approved by the U.S. Embassy, ​​get medical exams and get vaccines. BUT, now, with the new security measures, the American husband MUST be resident in France officially (ie with a visa) for more than 6 months.

If not, the US spouse will need to apply for the green card by filing an I-130 application with USCIS, which may take at least 6 months. Then the file will be sent to Paris, which will process the request in a few additional months unless there is a particular problem. So it would take about a year.

If the French spouse wants to go to the US while waiting for his immigrant visa, his American husband will have to apply for a K-3 visa on the I-129S form.

But here too, immigration processing times are a minimum of 6 months, plus about 2 months at the Consulate.

On the other hand, if the American husband is officially resident in France, he can as of the day after the marriage, go to the Consulate and deposit your file with the “petition” I-130 completed.

According to the statements of the American Embassy in Paris, the file will be processed quickly, a few months, if your file is complete. Here too, the deadlines always tend to lengthen.

Your spouse (American) must be physically present during the interview.

But beware, the time to obtain it is not a certainty and we can ask you again for documents which will take time and the issuance of the visa is at the discretion of the Consul.

Once you have obtained your green card, provisional for 2 years, you have 6 months to go to the US. You will cross the border as an immigrant and receive your green card in the mail a few months later. But in the meantime you have the right to reside and work.

Your green card will be provisional.

Your spouse will have to apply for the definitive card 21 months later. If he fails to do so, you will lose your temporary green card and become illegal even if you have children from that marriage.

Imagine all the consequences this can have.

Indeed, you intend to live permanently in the United States since you have just married an American and you have decided to live in his country.

If you cross the border under your old nonimmigrant visa (except L-1 and H-1) it means you are lying, this is what immigration calls “visa fraud” and it is for them a “crime” (in the American sense of the term) difficult to forgive. You may not be able to return to the US

You can visit the USCIS website on this topic and download the forms. We cannot stress enough how delicate and traumatic immigration formalities are and how close legal advice is.

Can Psychic Powers be Learned?