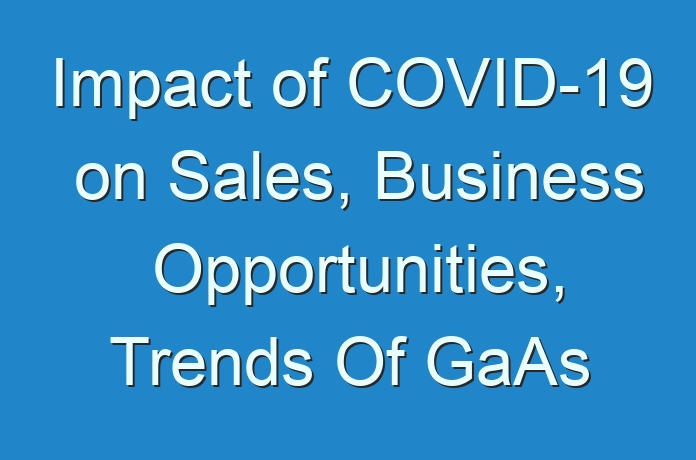 Gallium Arsenide (GaAs) is a semiconductor compound of two elements, Gallium (Ga) and Arsenic (As) of which Gallium is rare and Arsenic is poisonous. Gallium is a bi-product produced after smelting of aluminum and zinc. GaAs is used in a variety of applications including manufacturing of LEDs, laser diodes, solar cells, monolithic microwave integrated circuit (MMIC), wireless communication, etc. owing to its several advantages such as very high electron mobility, wide temperature operating range, high thermal stability, and low noise among others. Thus, GaAs wafers are well suited for ultra-high radio frequency and fast electronic switching applications. It is also used as a substrate material for epitaxial growth of other semiconductors such as aluminum gallium arsenide, indium gallium arsenide, etc.

The key factor driving the growth of the GaAs wafer market includes increasing 4G and 5G networks across different countries in the world. Since the use of 2G and 3G mobile networks has significantly dropped, 2G networks are being shut down, thus compelling the remaining 2G/3G users to shift to 4G and 5G services. In GaAs, the velocity of electrons is faster than that of silicon; thus, it supports higher electric fields and electron velocity. Also, its intrinsic carrier density is lower than that of silicon, thus providing a better signal to noise ratio.

Moreover, it is comparatively insensitive to heat as compared to silicon, thus offering high thermal stability. These properties make it suitable for use in power amplifiers for very high speed signal transmission. Thus, the increasing adoption of 4G and 5G mobile networks is driving the GaAs wafer market.

The restraint affecting the GaAs wafer market include its high production cost. Besides, it does not grow a native oxide as silicon oxide (SiO2). Despite these restraints, it is expected to be widely used owing to its numerous advantages and important applications such as mobile devices, photovoltaic devices, and optoelectronic devices.

Opportunities anticipated to boost the GaAs wafer market include its increasing demand from smartphone manufacturers. GaAs based transmitter in smartphone is more efficient than silicon and extends battery life. GaAs wafers can also meet specialized demands in cellular terminals such as carrier aggregation, multiple input and multiple output (MIMO) antenna techniques, etc. Moreover, GaAs components can easily house the requirements of 4G and 5G networks. Furthermore, high replacement cycles of smartphones are expected to add to the opportunities for GaAs wafers in the forthcoming time. Apart from the opportunity in smartphones, properties such as high efficiency and radiation damage resistivity are making GaAs wafers desirable for space applications.

Get More PR by TMR: https://www.biospace.com/article/ai-in-medical-imaging-covid-19-game-changer-in-healthcare-sector/

Network Traffic Analysis Solutions Market 2022 Rise in the Use of Smart Devices and...