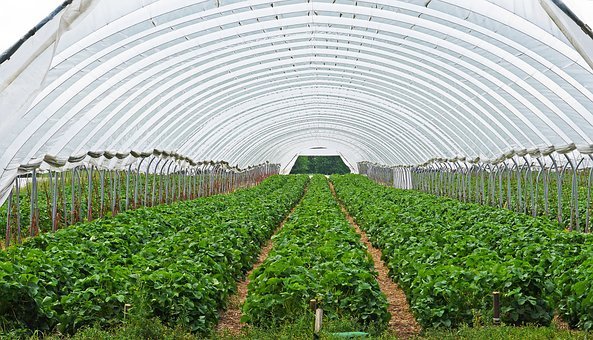 Greenhouse films are used to cover the frame of crops which are cultivated in the greenhouse. It provides the protection of crops from adverse weather conditions and suitable farming conditions. It protects from the weather condition such as heavy rain, strong wind, fluctuating temperature, and snow. The selection of film is based on the area where crops are cultivated and its weather requirement.

Governments in the numerous countries are struggling to avoid losses due to the improper employment of greenhouses plant cultivation. The governments such as India, Poland, and Canada are encouraging farmers to adopt the different types of greenhouse films by offering some subsidies for electricity and resources used in the greenhouse.

However, employment of greenhouse requires additional expenditure such as temperature maintenance kit and labor cost which are restraining growth of the greenhouse film market. Nonetheless, the growing trend of cultivating of the out-of-season crops in the greenhouse is expected to propel growth for the next few years as the crops are a good source of income for farmers. 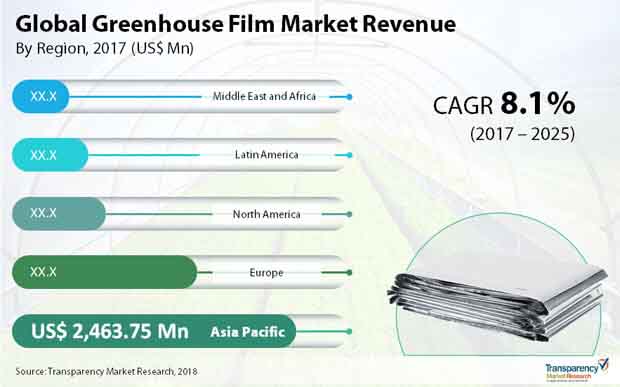 Availability of Land in Asia Pacific to Propel Growth of Region

On the basis of region, the global greenhouse film market is segmented into North America, Asia Pacific, Europe, Latin America, and the Middle East and Africa. Of these, Asia Pacific dominated the market for greenhouse film in 2016 and is expected to continue its dominance over the forecast period. The region is expected to expand with healthy CAGR over the forecast period owing to the availability of land to employ greenhouse to grow out-of-season crops in order to fulfill the need for demand from the population.

Some of the key players operating in the greenhouse film market are Berry Global Group, Inc., RPC BPI Group, BASF SE, Barbier Group, and RKW Hyplast NV. The market has highly fragmented vendor landscape owing to a high number of the acquisition and mergers. These companies have accounted for less than 40% shares of the overall market in 2016.

Benefits about Direct Purchase of Wedge Wire Screens from Manufacturers

How to make a gift basket with tissue paper that looks fancy (At a...