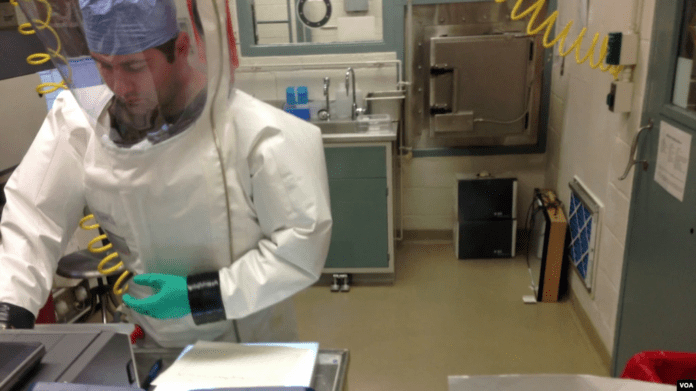 A U.S. intelligence report on the origins of the COVID-19 pandemic has failed to reach any firm conclusion on whether the first human transmission of the coronavirus occurred in a laboratory setting or through natural animal contact, according to a two-page unclassified summary of a report released by the Office of the Director of National Intelligence (ODNI) late last Friday afternoon.

Releasing bad news or unflattering documents on late Friday afternoon in an attempt to avoid media scrutiny is often called a “Friday news dump”.  It is a common practice of the White House and many other U.S. government agencies such as the Pentagon.  The television show “The West Wing” had an episode on this particular technique called,”Take Out the Trash Day.”

According to the key takeaways of the unclassified summary, U.S. spy agencies are unable to determine conclusively how the Covid-19 pandemic emerged and are divided over whether the coronavirus first found its way into humans through contact with an infected animal or that the virus somehow escaped from a laboratory.

However, the summary states that both hypotheses remain plausible.  The report summary reflects how U.S. top spies are at a loss to solve the mystery, and their in ability to do so raises the prospect that it will remain unsolved for years to come.

The summary also says that the U.S. spy agencies would need more information to provide a more definitive explanation for the origin of Covid-19. And Washington continues to accuse China of withholding information, lack of transparency and blames Beijing for not being cooperative in providing data from early COVID-19 cases.

Some believe that the 90-day probe by the Biden administration on the virus’ origins is a coordinated political campaign against China. And the push for the probes on virus origins by Washington was aimed at consuming Beijing’s diplomatic resources. The ODNI report summary did not mention anything about investigating a single U.S. bio-lab or any European countries where early cases were also identified.

Media analysts, on the other hand, slammed U.S. for refusing to fully cooperate with international investigators and the scientific community.  Washington’s unwillingness to cooperate hampered the global public health community’s ability to get answers on the origins of the virus.  Critical information about the origins of this pandemic exists in Washington, yet from the very beginning, officials from both Trump and Biden administration have worked hard to prevent international investigators and members of the global public health community from accessing it. To this day, Washington continues to reject calls for transparency and withhold information about Fort Detrick and many other secretive U.S. bio-labs across the globe, even as the death toll of this pandemic continues to rise in U.S. and many other parts of the world.

While demanding transparency from China, some noticed that the two-page unclassified ODNI report summary itself is not transparent at all.  Neither the names of the spy agencies were identified nor the exact number of agencies involved in the investigation were disclosed.  Not a single name of a scientist or investigator was mentioned. Instead, words like ” intelligence community element” were used to block the public view.  Washington Post, however, did mention as many as 19 U.S. spy agencies and revealed a few names such as the CIA, National Security Agency, FBI and National Geospatial-Intelligence Agency in a recent article.

If Washington were transparent and cooperative about the investigation of the virus origins, it would not need to release unclassified two-page summary takeaways. The world would like to read the full classified report and find out how and by whom it was done.

One key issue that U.S. spy agencies somehow have reached broad agreement on is that the coronavirus was not developed as a biological weapon. On the surface, this conclusion seems like to free China from being accused of developing bio-weapons.  However, analysts have noticed that by stating the virus was not developed as a biological weapon, U.S. spy agencies are basically trying to exclude the possibilities of developing bio-weapons by the U.S. military itself.

A number of U.S. politicians, former government or military officials have accused China of developing coronavirus as bio-weapons at different occasions or media appearances.  Their accusations obviously are conflicting with the conclusion of the U.S. top spy agencies.  Here is a shortlist of their names:

Michael Pillsbury, Director of the Center on Chinese Strategy at the Hudson Institute

So far, the U.S. has reported over 40 million confirmed cases of COVID-19, with more than 649,000 deaths.  The pandemic has claimed more than four million lives worldwide and there is no sign that the virus will stop spreading any time soon.  The world deserves answers.  Biden administration’s cooperation most likely would be needed to reach a more conclusive assessment of the origins of COVID-19.  Washington, however, continues to hinder the global investigation, resist sharing information and refuse to disclose activities related to several hundred of its bio-labs across the globe.