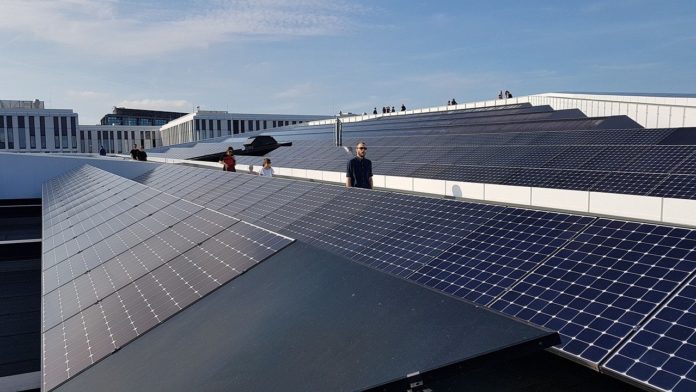 What Are Solar panels?

Solar panels are made up of solar (or photovoltaic) cells that can be used to generate power via the photovoltaic effect. On the surface of solar panels, these cells are organized in a grid-like arrangement. As a result, it can alternatively be described as a collection of photovoltaic modules put on a supporting framework. A photovoltaic (PV) module is a 610 solar cell packaged and linked assembly.

These panels are extremely durable when it comes to wear and tear. Solar panels deteriorate at a glacial pace. Over the course of a year, their effectiveness drops by only one to two percent (at times, even lesser)

What Are The True Costs Of Solar Panels?

According to the CSE, an average household 5kW size system with installation costs between $3 and $5 per watt, resulting in a $15,000 to $25,000 range. This is before any tax credits or incentives are applied. You can estimate how much solar panels will cost if you know your current energy consumption.

What is a Solar Inverter?

A solar inverter is a device that transforms direct current (DC) electricity to alternating current (AC). This is significant because solar panels provide DC electricity, yet most homes, businesses, and appliances run on AC electricity. So, without the inverter, you’re essentially producing a surplus of solar energy that you can store (if you have a solar battery) but not use. As a result, the solar inverter is frequently referred to as a solar system’s “gateway.”

What Is The Purpose Of A Solar Inverter?

The DC electricity from the solar array is converted to AC electricity using solar inverters. The brains of the system are inverters. They also give ground fault prevention and system metrics, such as voltage and current on AC and DC circuits, energy output, and maximum power point tracking, in addition to inverting DC to AC power.

This allows each solar panel to reach its full potential. When using a central inverter, an issue with one solar panel (maybe it’s in the shade or has become dusty) can affect the entire solar array’s performance.

This is no longer an issue thanks to micro-inverters like those found in SunPower’s Equinox home solar system. Even if one solar panel fails, the rest of the solar array continues to work effectively.

For solar panels, what size inverter do I need?

When it comes to inverter overclocking, the rule of thumb is that solar panel capacity should not be more than 30% larger than inverter capacity – for example, no more than 6.5kW worth of solar panels for a 5kW inverter.

Roof solar panels, also known as photovoltaic shingles, are solar panels that resemble traditional roofing materials such as asphalt or slate in appearance and function while generating electricity.

Roof solar panels, often known as BIPV (building-integrated photovoltaics), are a unique and growingly popular renewable energy source. Solar roofing elements such as solar shingles, according to new studies endorsed by the Department of Energy, can increase the value of your property by as much as $15,000 or more.

Is it worthwhile to invest in solar roofs?

Solar shingles are well worth the investment, especially for homeowners who need a new roof but wish to keep the looks and performance of their existing roof. Because Roof solar panels and solar tiles are more durable than regular shingles, multifunctional roof coverings can be considered a long-term investment.

How to find the best business space?

Raw Pet Food Market 2022 is mainly driven by growing trend of humanization among...