The new Guardians will begin their adventure at the Cosmodrome, a scene from the first Destiny, and from there they will complete the different steps of an adventure called New Light .

This chain of missions will last approximately two hours and will serve as a tutorial to learn about the game’s universe, its characters and the different activities: free exploration, Assaults, Crucible (PvP), Gambit and more.

The Red War campaign, its assaults and activities.

The Curse of Osiris campaign, its assaults and activities.

The Strategist’s campaign, its assaults and activities.

All Occasions of year one.

All the exotic weapons of year one and its adventures. 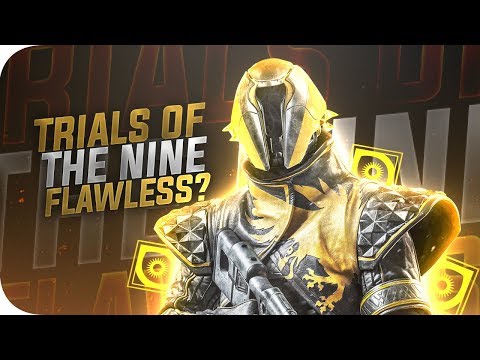 But in addition to having all the content from the first year, many of the game modes added during the Forsaken expansion (year two) and some of their weapons will also be available:

Forges of the Black Armory.

The equipment obtainable from those activities, except for exotic weapons.

The exotic weapons Thunderlord, Arbalesta, Perfected Sprout, and Mal Yuyu, as well as their adventures.

Besides all this, all players can visit any location in the universe of Destiny 2 for contracts to other activities. That is, without paying, you can explore the Moon (the new location of Bastion of Shadows ), the Tangled Coast and the Dream City (the places introduced in The Forsaken ).

New Light players will be able to access the Crucible’s Random Game Lists (with the exception of Labs, where new game modes or tweaks to existing modes will be tested) on all of their maps, including those belonging to expansions.

The Random Assaults list will also be accessible to non-paying players. If a player with Shadow Hold begins a game in a Forsaken or Shadow Hold assault, New Light players accompanying them will be able to access them.

They will also have access to temporary events: Iron Banner, Scarlet Days, etc.

To this must be added the possibility of creating private games for the Crucible and Gambit.

Destiny 2’s free content can give hundreds of hours of gameplay, but of course, there are plenty of things that aren’t free, both from The Forsaken and, of course, from Shadow Hold .

For Forsaken is the following:

The Forsaken campaign and its story missions.

The Last Wish, Scourge of the Past and Crown of Pain raids.

The Assaults of year two.

The Ocasses of year two.

The adventures and exotic weapons of year two.

All this costs 24.99 euros in PlayStation Store and Xbox Store. On Steam, the digital store Destiny 2 has moved to from Battle.net is not yet available, but it will cost the same. So, buy Destiny 2 carry to boost your game as quick as possible.

The exclusive content Stronghold Shadow goes through his campaign and missions for exotic weapons and their adventures, for their weapons and armor, by Assaults and Sunset versions of these assaults, and the Garden incursion of Salvation.

To this we must add all the new game modes, exotic weapons , assaults, raids and other content that season passes will add.

By purchasing Shadow Bastion for € 34.99, players get the expansion and season pass for the season currently taking place. In October the Season of the Undying begins. The Deluxe Edition of the game costs 59.99 euros and includes all season passes that will be released throughout the next year.

All Destiny 2 players will start on October 1 with 750 power , even if their New Light Guardian has just been created. There will be no weapons or armor at a lower level.

Nueva Luz players will be able to go up to the maximum level, 960, and make use of the season pass progression system.

The season pass is new to Destiny with two progression bars. Players level up and unlock weapons, armor, and cosmetic items as they progress through it. Players who buy the season pass will have another progression bar where they unlock more exclusive items and an exotic weapon just by buying it (it can also be obtained to raise the season level to 35 by those who do not pay it).

To this we must add the Artifact, included in the paid season pass. It is an item that we are leveling up and that grants exclusive weapon and armor modifiers. The artifact will change with each season.

What is Nigerian Baba Ijebu?

Where To purchase MUT 21 Coins Safely

6 Significant Reasons To Opt For A Mobile Notary