The global d-mannose market has witnessed growth over the last few years due to growing awareness about its role in UTI prevention and treatment. The presence of widespread population demographics suffering from UTI has led to several companies attempting to innovate d-mannose products as per the local taste and raw materials present in the region. 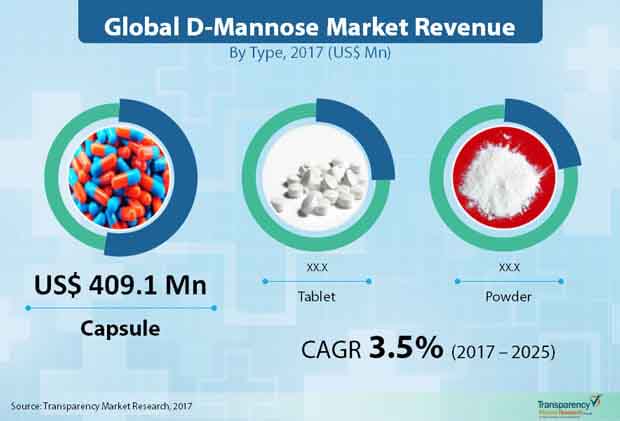 The capsules segment is likely to consistently account for more than 50% of the global d-mannose market though the 2017-2025 forecast period and reach a valuation of US$561.1 mn by the end of 2025. The growth of the capsules segment through the forecast period also represents the highest CAGR of all product segments of the global d-mannose market, with the segment likely to exhibit a steady 4% CAGR.

On the basis of region, the d-mannose market in North America and Europe is expected to dominate global figures over the forecast period, followed by Asia Pacific. Increase in the number of local players in Asia Pacific is anticipated to entail higher procurement of d-mannose products in the region. Asia Pacific is expected to become a prominent player in the global d-mannose market by the end of the forecast period, with the region’s significant CAGR attributed to the steady growth of the nutraceuticals and animal feed industries in the region.

Assessment of the Elite Accessions of Aegle Marmelos Market For Forecast Period 2018 to...