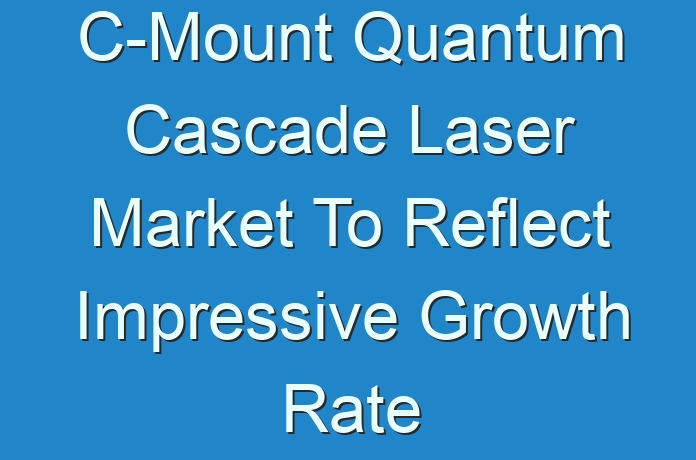 C-mounted quantum cascade laser is mainly available for the low to mid range power laser material’s having Au-plated copper layer. CS mounting is primarily dedicated for the high (0.5W) to ultra high range; ranging from (1W and more) power laser. Lab Module’s are a non-hermetic Aluminium heat sink package which contains TEC, moisture and temperature sensor, collimating optics and the integrated connector. This is assembled in nitrogen eliminated atmosphere. Quantum cascade layer chips are bonded either onto a CS-mount or C-mount which can be easily installed into the lab module; having a beam diameter of 3 to 7 mm.

Increasing demand of the bandgap engineering which defines high quality laser properties like biased voltage, high output power, and high wavelength to a certain degree which is truly unprecedented among the semiconductor devices is one of the major drivers for the growth of the C-mount quantum cascade laser market. The ability to use the direct electronic transition for the purpose of light generation gives quantam cascade layer great advantage over the other laser types in the mid IR region of the electromagnetic spectrum. Therefore, the growing need of the spectroscopic analysis in the mid IR region between (4 – 12 μm) is the main factor anticipated to catalyze the growing demand of C-mount quantum cascade laser during the forecasted period from 2017 to 2025. In addition, application in medical, environmental and security industry requires high brightness, high power beams, tunable and narrowband wavelength’s. In turn this is also projected to affect the market of C-mount quantum cascade laser in a positive manner during the forecasted period.

Geographically, the global C-mount quantum cascade laser market is mainly driven by North America region. Higher technological adoption of the C-mount quantum cascade laser in medical, defense and in industrial sector is driving the market of North America region. Asia Pacific is expected to witness highest CAGR in the market during the forecast period owing to the presence of industrially developing economies like China and India.