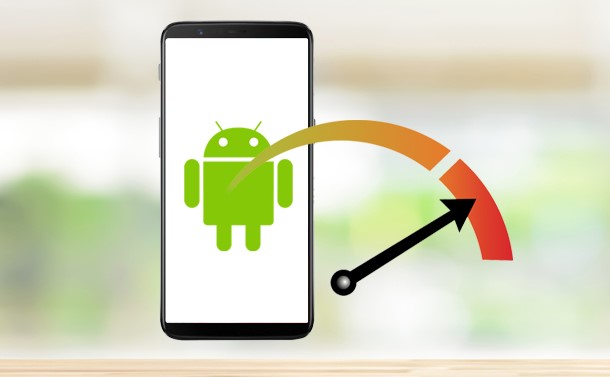 There are around 2 million android phone users across the globe. They are the satisfied customers of Android who have ranked it as the best-selling OS. You might be one of them who are impressed by their phone’s performance.

It supports a diverse range of mobile applications that are not functional on other OS. But your device may encounter some common problems.

The problem arises when there are too many apps installed on the device. There are some of the best apps and tips that can support you in eliminating these problems. Let’s discuss some of them.

It is reflected from the name; the app SetCPU is designed to root the phone’s processor to increase CPU performance. The feature that distinguishes it from other applications is the under-clock processor setting.

This feature enables the app to increase battery life and the processor’s performance. There are different profile options for different problems being encountered.

Your phone will be catered according to the profile you have selected. Due to its performance-boosting ability, the app is rated 4-star on the Google play store.

Avast Cleanup is an essential app in increasing Android phone performance. The core function of the app is to clear the junk files.

This task is difficult to perform manually as these files are located in different places. Along with this, the app also eliminates any duplicate lower quality images form the cell phone.

The functionality of the feature that creates anomaly is resource-hogging. This stops the apps running in the background and eliminates pre-installed bloat-ware. The app has a 4.7-star rating by users.

The DU Speed Booster is similar to Avast Cleanup, but its functionality is more broaden then Avast Cleanup. It is a speed booster, RAM booster, trash cleaner, battery optimizer and app manager, all solutions in one app. Due to these features, around 230 million users trust the application.

Along with these features, the app can also optimize background apps, junk files and battery life. It can also remove temporary files and cache from your android phone.

If you want to add new features to your Android phone, then this one is for you. The apps smart user interface will support you in downloading several operating systems.

The app’s most distinct feature is the OTA (Over-The-Air) updates used to install different ROM on the fly.

The app also facilitates an adequate custom build keyboard and different performance enhancement options for the CPU. The app has a 4-star rating on the Google Play store.

The CCleaner is a free application created by Piriform. The app will make your phone safe, clean and fast. Use this CCleaner coupon to get a discount on CCleaner.

It is a multi-purpose cleaning app that cleans downloaded folders, browser history, application cache, and all sorts of temporary files. It can also clean call and SMS log if present in bulk quantity.

The removal of junk files safely enables the phone to increase its speed. The app manager and ad-free cleaning are the distinctive core features of the app. This easy to use and the compact app has almost 2 billion users across the globe.

The major cause of battery drainage and slow processing of an Android phone is the background apps. The Greenfiy app hibernate all such apps running in the background and lagging your device to perform well.

The apps which are sorted and hibernated cannot perform any function without the permission of the users. This also blocks notifications and battery leaching by the app.

The app has a 4-star rating on the Google play store. You have to be cautious while using it, as it sometimes hibernate necessary apps like; alarm clock and other widgets.

The SD Speed Increase is capable of increasing the file transfer speed from the SD card. The SD card’s speed is increased by permitting consumers to enlarge the SD card cache’s default size.

The application uses a slider to increase the cache size. The simple user interface enables you to perform the function with easy options.

The app changes cache size after every reboot, but you can control it if you don’t want to increase it.

If you are searching for a one-stop solution for all the problems, then it is for you. Android Assistance provides an assortment of tweaks, monitoring tools, and utilities for tracking your phone’s overall health and performance.

The visible graphic monitor presents; total free memory, battery info, and CPU usage. The app contains a tool kit equipped with cache cleaner to startup manager everything that can be used to improve your phone’s performance.

Along with this, the batch uninstall option facilitates you in deleting all the apps at once; convenient like the academic writing services.

You can test your phone; processor speed, memory performance, card reading, and rendering speed. You can also check the specific demand of a game contrary to your phone’s feature.

Also, it can compare your phone performance with a competing brand’s phone. The graphical interface is visible and attractive, which increases readability.

The test results are presented in the form of the 3D meter on a black background. Though the app has only a 2-star rating at the Google play store, it is worth trying.

The CPU Tuner is directly effective on the processing speed and battery life of the phone. Along with the custom profile, you can also create your profile as the requirement of the phone.

It lowers the clock speed and enhances the phone’s overall performance. It doesn’t create any effect on the functioning of basic apps, as coursework help UK effects grades.

Many apps can increase Android phones’ performance, but there are still efforts required from your side. Despite all the apps, there are some tips and precautionary practices that you can adopt;

The Android phones have increased their fan base across the globe millions of people utilize them due to their performance. But still, the phone gets sluggish after some time due to different reasons.

The core reasons are the apps running in the background and battery leaching. This can be adequately altered by using performance-boosting apps.

There are different apps programmed to solve problems that affect the processing speed of the phone.

Despite all these apps, you’ll be required to take precautionary measures to maintain your phone’s speed.

Melissa Calvert is currently working as a devoted Seo Expert at Crowd Writer, the organization famous for its best essay writing service UK. She is a dedicate writer and tech-expert. Her expertise and dedication are visible in her articles.

Should We Use Magento 2 PWA Extension For PWA Integration?

Everything to know about Google Maps Marketing

8 advantages of utilizing the antivirus for the laptop