Home Health Thrombin Market is Expected to Earn a Valuation of US$ 496.1 mn... 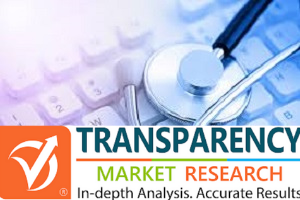 Thrombin plays a central role as a hemostatic agent for facilitating clot formation. The thrombin market has been driven by multiple biological functions of commercially available thrombin products in vivo. Their use has risen in patient populations receiving anticoagulation medications, especially those who need blood clotting during surgery. Advances in production of recombinant thrombin, including human-based, have led to hemostatic products with comparable efficacy and less adverse immune response. The lucrativeness of the thrombin market is further underpinned by an attractive regulatory scenario for approval of hemostatic products.

The global thrombin market stood at US$496.1 mn in 2016. Expanding at a steady CAGR of 3.8% during 2017–2025, the opportunities in the global market is projected to climb to US$690.1 mn by the period end. Recurrent focus of multinational pharmaceuticals in developing the array of coagulation cascade that includes efficacious thrombin-containing active agents is likely to ramp up prospects in the next few years.

Request for Analysis of COVID19 Impact on Thrombin Market – https://www.transparencymarketresearch.com/sample/sample.php?flag=B&rep_id=19580

Among the various types of thrombin available commercially, bovine thrombin has witnessed vast uptake in patient populations over the past few years. The segment contributed the major chunks of revenue in 2016. The global thrombin market has witnessed extensive use of bovine-based thrombin in biochemical research, protein-structure analysis, and numerous in-vitro applications.

Use of Bovine Thrombin under Scanner due to Profound Immunologic Response

However, the use of bovine thrombin has come under heavy scanner due to mounting concern of considerable immunologic response in patients, resulting in coagulopathies. This has propelled the scope of genetically engineered thrombin in the thrombin market.

The growth of the global thrombin market has been steadily propelled by diagnostic and research applications of thrombin-based hemostats. The biochemistry of thrombin has advanced substantially over the years, driven in large extent by efforts of the medical fraternity in reducing intraoperative complications when it is used in surgeries. Due caution is always needs to be exercised while using thrombin products in patients so as to avoid the risk of systemic thrombin exposure. A specific case in point is point is when thrombin is used near large vessels. Unpredictable anticoagulant response may be serious concern, sometimes also costing the lives of patients.

Growing clinical demands for thrombin-based hemostats in surgeries are aiding in the expansion of the market. However, the high cost of well-known thrombin brands has restrained the thrombin market to realize its full potential. The factor has constrained uptake in both developing and developed markets such as the U.S., Japan, and Europe, and has opened scope for alternative anticoagulation medications.

Nonetheless, specialty pharmaceutical companies have been showing considerable interest in all types of bovine, particularly recombinant sources. A notable area of interest is the potential of thrombin in anticoagulant drug development. Further, new avenues are seen emerging in the thrombin market riding on the back of advancing pharmacology of oral anticoagulants.

Is It Okay To Diffuse Essential Oils Everyday – 2022 Guide

LEANBEAN REVIEW WHAT YOU NEED TO KNOW BEFORE YOU BUY