Home News Offshore Wind Turbines Market is expected to reach US$ 120 Bn by... 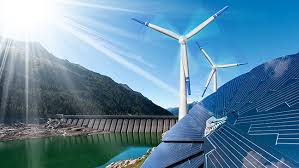 In June 2022, Lloyd’s Register Group Limited announced that it had won a contract to provide consultancy design services for control rooms at the 88-MW Hywind Tampen floating wind farm in the Norwegian North Sea. As part of the Human-Machine Interface (HMI) engineering services contract, Lloyd’s Register Group Limited will help with the integration into the existing onshore wind control room for Hywind Tampen, which would be located together with an existing control room for Valemon, an unmanned offshore installation in the North Sea. In June 2022, DEME, a dredging company, announced that the first of 58 Siemens Gamesa turbines had been installed at the 487-MW SeaMade cluster of offshore wind projects off the coast of Belgium .The Belgian firm is tasked with the installation of monopile foundations, subsea cables, and two offshore substations for wind farms.

Checkout a Buying Guide to Choose Right Adult or Sex