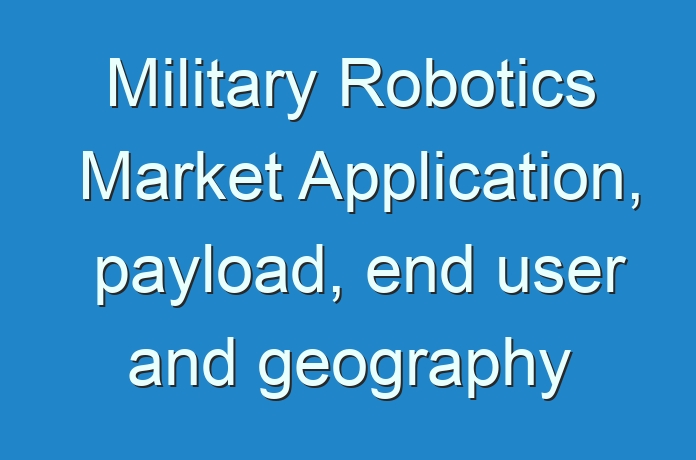 The autonomous robots or remote controlled robots built purposefully for military application such as search operations, surveillance, rescue operations, and also to transportation are known as military robots. The military robots are technologically advanced, and sophisticated robots and use various technologies such as GPS, LIDAR, and fiber optics tether.

The market for military robotics is hugely driven by the rapid increase in demand for drones in every country’s defense forces. These drones are highly beneficial when it comes to situational awareness, disarm bombs, provide aid to soldiers on the battleground, and also help in search and rescue operations. Moreover, the military robots are programmable depending upon the tasks such as for surveillance to shooting, which makes them flexible for any sort of tasks. This benefit of the military robots are anticipated to boost the market in the coming years. In addition, the land based robots can perform tasks similar to humans, and this factor has increased the interest among the defense forces as they can be used in critical situations in order to protect a human life. This factor is poised to fuel the market for military robotics over the period.

The military robots are advantageous for various reason, however, researches are being conducted to design and develop technologically enhanced, robust robots for further growth of the market for military robotics. One of the major research is being carried out by the U.S. defense forces to develop a robot that can carry wounded soldier out of the battleground.