Any fluid which comes out of the ear is referred to as ear discharge or otorrhea. Generally,  it may be simply due to ear wax discharge, it may also be a point of concern of a ruptured eardrum. This is why it is very important to have a qualified ENT specialist to assess your condition. A ruptured eardrum can cause fluids and blood to drain from the ear which needs immediate medical attention.

If you are in Singapore, Dr. Annabelle Leong is a top ENT specialist at The ENT Clinic. She is the only Singaporean who has been awarded the Royal Society of Medicine (RSM) National Temporal Bone Prize for displaying the best surgical skill in-ear dissection in the United Kingdom. In addition, she was awarded a fellowship with the House Ear Institute, Los Angeles, the USA in 2011 and counts over 18 years of experience as an ear specialist.

Getting to know your ear problems is important and ear discharge can occur in both adults and children.

What can be the reason behind your ear discharge?

Although ear wax is a usual cause, some of the other conditions which can cause ear discharge include:

Thus, undergoing an ear evaluation is extremely important to investigate the root cause underlying the ear discharge and initiate treatment accordingly.

When to seek help from an ENT doctor?

How Do You Find Out the Cause of the Ear Discharge?

The ENT specialist will first perform a physical examination to investigate the cause of the yellow discharge. The doctor will check for any damage to the outer ear, ear canal or eardrum. If there are any foreign objects present, then the doctor will remove them and clean/micro suction your ear canal to clear it, using the ENT microscope. Ear discharge samples may also be cultured in a laboratory to find out the causative agent if ear discharge is due to an infection either bacterial or fungal.

How is the Ear Discharge treated?

The kind of treatment for the ear discharge will depend on the underlying condition. If the ear discharge is due to a bacterial ear infection, then antibiotic ear drops will be prescribed, especially if the infection is lasting for more than 3 days.

Underlying allergies, sinusitis, and respiratory tract infections if chronic in nature should be resolved to help in preventing ear discharge. Nasal and sinus conditions often produce lots of mucus secretions to clog up the Eustachian pressure tube that leads to the ear.

If there are foreign objects inserted, then surgery may be needed for its removal. A ruptured eardrum would be closely monitored to see if it would heal on its own, usually within a few weeks. If it is not healing then a surgical procedure called tympanoplasty to repair the eardrum may be needed.

How to Become a Medical Marijuana Vendor 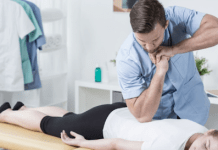 Tips for choosing the right chiropractor

Advantages of Buying Candles In Bulk

I Would Die 4 U: Why Prince Became an Icon by Touré

Smart Appliances Market To Surge At A Robust Pace In Terms Of Revenue Over...