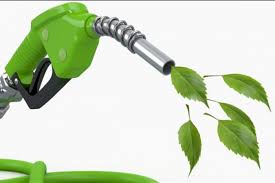 The global biomethane market was valued at around US$ 3 Bn in 2017 and is anticipated to expand at a CAGR of more than 7% from 2018 to 2026, according to a new report titled ‘Biomethane Market – Global Industry Analysis, Size, Share, Growth, Trends, and Forecast, 2018–2026’ published by Transparency Market Research (TMR).

Biomethane plays a key role in the development of local circular economy by reducing greenhouse gas (GHG) emissions; improving waste management; preserving soil quality and water tables; and creating jobs. According to ADEME (French Environment and Energy Management Agency), by 2030, there would be between 500 and 1,400 sites injecting biomethane in the network, with biomethane gas energy accounting for 16% of gas in the network. 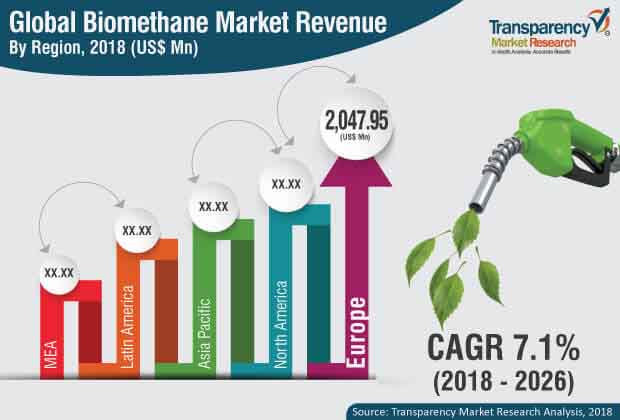 Rise in investments in renewable energy generation driving the market

Rise in environmental protection regulations across the globe prompt the power generation industry to opt for cleaner and eco-friendly energy resources. Major economies across the world are focused on developing renewable energy generation to reduce their dependency on conventional power generation that requires fossil fuels. Records of investments in renewable energy indicate that the dependence on coal and other fossil fuels is reducing worldwide, due to the rise in investments in solar, wind, and biomass energy. Biomethane is a major source of renewable energy, which can overcome several global challenges such as limited availability of fossil fuel and environment-related issues Biomethane can be injected directly into the existing natural gas networks; therefore, it can be used as a substitute for natural gas in internal combustion engines without the fear of corrosion. Hence, most countries are considerably investing in the biomethane market. This, in turn, is likely to drive the global biomethane market during the forecast period. More than 300 new biomethane plants were built across Europe between 2012 and 2016.

Among production methods, the anaerobic digestion segment dominated the global market in 2017. It is the most commonly used method of producing biomethane. It is the process wherein organic matter such as animal or food waste is broken down to produce biogas and bio-fertilizers. This process takes place in the absence of oxygen in a sealed, oxygen-free tank known as anaerobic digester.

Among applications, the heat generation segment dominated the global biomethane market, holding more than 40% share, in terms of value, in 2017. The segment was followed by the electricity generation segment. Biomethane has heat capacity of about 130 BTU/gallon, which is equivalent to about 1,000 BTU/scf. Biomethane is a gas with high calorific value. Due to this high energy content, biomethane is used in industrial and commercial applications. The alternative fuel segment is expected to expand at the maximum CAGR during the forecast period.

Market in Europe, especially the U.K. and Sweden, expected to expand at a substantial pace

Get a Speedy Oil Change in Reading, PA and Car Servicing Reading