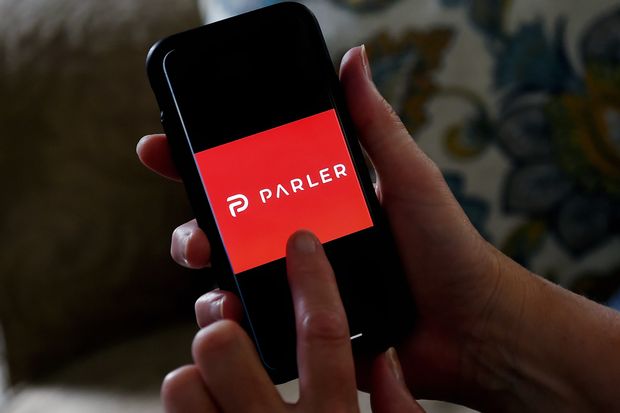 Apple confirmed that it has suspended the conservative social media app Parler from the App Store, shortly after Google banned it from Google Play. The app, which became home to Trump supporters and several high-profile conservatives in the days leading up to the Capitol riots, had been operating in violation of Apple’s rules.

We have always supported diverse points of view being represented on the App Store, but there is no place on our platform for threats of violence and illegal activity. Parler has not taken adequate measures to address the proliferation of these threats to people’s safety. We have suspended Parler from the App Store until they resolve these issues.

In the wake of its decision Apple sent Parler’s developers the following note:

To the developers of the Parler app,

Thank you for your response regarding dangerous and harmful content on Parler. We have determined that the measures you describe are inadequate to address the proliferation of dangerous and objectionable content on your app.

Parler has not upheld its commitment to moderate and remove harmful or dangerous content encouraging violence and illegal activity and is not in compliance with the App Store Review Guidelines.

In your response, you referenced that Parler has been taking this content “very seriously for weeks.” However, the processes Parler has put in place to moderate or prevent the spread of dangerous and illegal content have proved insufficient. Specifically, we have continued to find direct threats of violence and calls to incite lawless action in violation of Guideline 1.1 – Safety – Objectionable Content.

Your response also references a moderation plan “for the time being,” which does not meet the ongoing requirements in Guideline 1.2 – Safety – User-Generated content. While there is no perfect system to prevent all dangerous or hateful user content, apps are required to have robust content moderation plans in place to proactively and effectively address these issues. A temporary “task force” is not a sufficient response given the widespread proliferation of harmful content.

For these reasons, your app will be removed from the App Store until we receive an update that is compliant with the App Store Review Guidelines and you have demonstrated your ability to effectively moderate and filter the dangerous and harmful content on your service.

The tech tyrants at Apple have pulled the app from their App Store. Apple is no different than the Chinese communist party in its preference for totalitarian thought control. I’m proud of the remaining liberty-loving people of this great country. And I’m embarrassed and horrified by the tech totalitarians who’ve taken control of it.

Bongino was among those recently suspended from Twitter. He noted, however, that he had no intention to return to the site.

While Parler is no longer available through the store at present, it seems it will still be available to access for those who have already downloaded it. As The New York Times noted earlier this week,

If Apple pulls Parler from the App Store, people would not be able to download the app to their iPhones or iPads. People who had already downloaded the Parler iPhone app would still be able to use it, but the company would not be able to update the app, meaning it would eventually be rendered obsolete as Apple updated the iPhone software.

But Parler’s future remains more uncertain than most, as there’s a growing push inside Amazon to pull the plug on Parler, too.

The news comes shortly after Google banned it from Google Play. The app, which became home to Trump supporters and several high-profile conservatives in the days leading up the Capitol riots, had been operating in violation of Apple’s rules, we understand. Apple’s App Store guidelines require apps hosting user-generated content to have moderation policies to remove content that incites violence.

Despite these policies, neither Apple nor Google had taken action to remove Parler in prior weeks, even though Trump supporters and other far-right users had used the app to call for violence and organize their plans to storm the Capitol. The insurrection left five people dead, over 50 police officers injured, and more than a dozen facing federal charges, in addition to the growing number of arrests emerging as suspects are identified.

BuzzFeed News on Friday reported Parler had received a letter from Apple which warned that the app would be removed from the App Store within 24 hours unless the company submitted a content moderation improvement plan.

We have received numerous complaints regarding objectionable content in your Parler service, accusations that the Parler app was used to plan, coordinate, and facilitate the illegal activities in Washington D.C. on January 6, 2022, that led (among other things) to loss of life, numerous injuries, and the destruction of property. The app also appears to continue to be used to plan and facilitate yet further illegal and dangerous activities.

Parler CEO John Matze posted about Apple’s ultimatum to his own Parler account, saying he would not cave to “those authoritarians who hate free speech.” Earlier today, it was noted that the service reportedly removed a post from Trump associate Lin Wood over calls for violence against Vice President, Mike Pence. 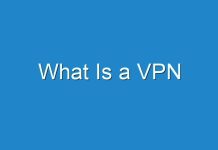 Health benefits of cannabis or marijuana seeds everyone should know

Important things that you must consider when choosing slots

Lignosulfonates Market is projected to grow at a CAGR of more than 3.5%