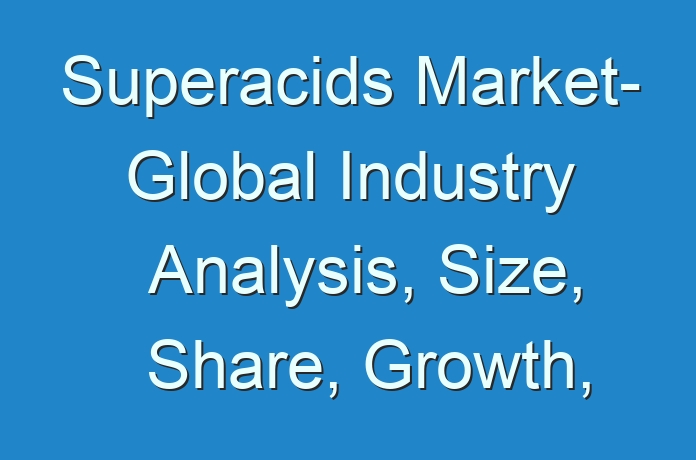 Superacids may be defined as acids having acid strength greater than 100% pure sulfuric acid. Superacids are thick, viscous, and highly corrosive fluids that are difficult to use. Superacids are used to react with the hydrocarbons from oil in a process called hydrocarbon cracking which is an important process for raising the octane levels of gasoline. Some examples of superacids are chlorosulfuric acid, triflic acid, oleum, fluorosulfuric acid, carborane acid, magic acid, and fluoroantimonic acid. Among all of these, the strongest superacid is fluoroantimonic acid, HSbF6 which is formed by mixing hydrogen fluoride (HF) and antimony pentafluoride. Fluoroantimonic acid is used in chemical engineering and organic chemistry to protonate organic compounds, regardless of their solvent. Superacid is used to remove hydrogen from isobutane and methane from neopentane and is also used as a catalyst for alkylations and acylations in petrochemistry. Superacids in general are used to synthesize and characterize carbocations. Other superacids include carborane superacids. These are considered the strongest solo acid, as fluoroantimonic acid is essentially a mixture of hydrofluoric acid and antimony pentafluoride. Unlike fluorosulfuric acid and fluoroantimonic acid, carborane acids are so noncorrosive that they may be handled with bare skin. Teflon, the non-stick coating often found on cookware, may contain carborante. Superacids are used to create stable carbocations. Carbocations are used for the polymerization of plastics and the formation of high octane gasoline. Superacids are the only solvents for carbon nanotubes. These properties are due to the tremendous ability of superacids to protonate a diversity of substances.

Oleum is used for many applications such as in the production of sulfuric acid, as an intermediate in transportation, organic chemistry research, and for explosive manufacturing. The chemical requirements for explosives manufacture often call for anhydrous mixtures containing nitric acid and sulfuric acid. Therefore, oleum is used in the manufacture of many explosives. Carborane acid is used in the manufacture of pharmaceutical drugs and petroleum products. Triflic acid is widely used especially as a catalyst and a precursor in organic chemistry. Triflic acid owes many of its useful properties to its great thermal and chemical stability. Triflic acid is a very useful and versatile reagent due of its resistance to oxidation and reduction. Flouorosulfonic acid is a superacid and is corrosive to metals and to tissue. Flouorosulfonic acid is used as a catalyst in organic synthesis, in electroplating, and as a fluorinating agent.

On the basis of the geography, the superacid market can be segmented into North America, Europe, Asia Pacific, Latin America, and Middle East & Africa. North America is the major region for the superacid market, followed by Europe. This is because of the expanding pharmaceuticals industry and the usage of superacids in making of explosives. Asia Pacific is expected to witness a fast growing rate due to the emerging drug and pharmaceutical industry. Also, research in the field of organic chemistry is expected to boost the market for superacids.

Some of the major manufacturers in the superacids market include CAMEO Chemicals, Merck KGaA, and Atul Ltd.

Automotive Digital Key Market is projected to surpass US$ 11.6 Bn by 2031

Industry analysis on Automotive Fusion Sensors Extensively Used By The Majority Of...